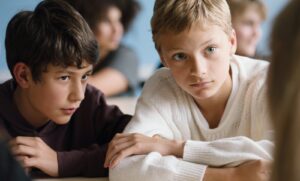 The 013CIFF website is live and tickets are on sale for the 4th edition of the 013 Cinecitta International Film Festival, October 26-30 at Cinecitta! You can now go to All the Films and read about and choose from the 17 films on offer, ten of which are Dutch or Benelux premieres! As a bonus this year, ten of the films will have two screenings wherein you can choose between a Dutch-subtitled version of the film (cinemas 3 and 6) and an English-subtitled version (cinemas 4 and 5). The ten Dutch-subtitled films include the Opening Night presentation, Lukas Dhont’s Close, in the presence of screenwriter Angelo Tijssens (Opening Night only). For the first time, we are selling tickets to the general public for the Opening Night screening, which will screen with Dutch subtitles in Cinema 1. (Please note that all other screenings in Cinema 1 will feature English subtitles.) The other eight films giving you the choice between Dutch or English subtitles are as follows:

Guest information will be posted soon both here and on our social media platforms. So start browsing and get your tickets before they are sold out! (Note also that Festival passes are available at the Cinecitta box office for a mere €75!)