As Tilburg continues to revitalise its city centre and enhance its cultural footprint, the idea of starting an international film festival—small at first but with big hopes for the future—seemed like a natural fit. And what better place for this festival to take place than Cinecitta, the central art-film complex and cultural meeting place that has become, since its lavish refurbishment and re-opening in 2014, the haven for cinephiles of all ages and stripes in and around Tilburg? So, with these two thoughts in mind, we are very happy and excited to announce that the first edition of the 013 Cinecitta International Film Festival, with support from the City of Tilburg, will take place Thursday, October 17 through Sunday, October 20, 2019. Expect quality films, a friendly atmosphere, invited guests, and a celebration of the best that cinema can be! 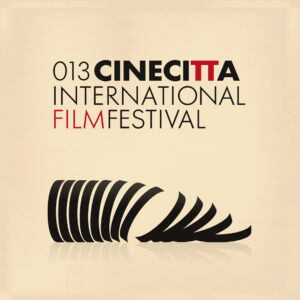 Simply put, ‘013’ (Tilburg’s area code) is the affectionate nickname for the city; mention ‘013’ to anyone in the country and they immediately think of Tilburg. As for ‘Cinecitta’: when the cinema, which has been a venue for movies since 1916, became a rep house in 1983, the owners wanted to pay homage to the legendary Italian production studio of the same name and convey the art-house atmosphere associated with it.

Although hard numbers are impossible to determine, worldwide film production yields more than 7,000 feature films each year, many of which are showcased at nearly 5,000 annual film festivals. So, why start another festival? Because so many of those 7,000 films seem to fall through the cracks and vanish mere moments after premiering. Of course, many of them deserve to vanish due to a lack of quality, but the fact is there are so very many excellent works that are either undeservedly consigned to the trash heap of history or deserving of further exposure. We will screen 13 (in keeping with our name) fiction features from 13 different countries, all of which we will be entertaining, thoughtful, and high-quality examples of the seventh art—and all of which we are pretty sure you’ve never heard of. These are films—all from the last couple of years—that more than merit a second chance to entertain and enlighten audiences. When you see them, we are convinced you’ll agree.

Monday, September 9 – The 013 CIFF website goes live with all film information, a screening schedule, and ticket options. Early-bird ticket sales (€8) begin both online and at the Cinecitta box-office.

Friday, October 11 – The glossy souvenir catalogue (for sale) is available at Cinecitta.

All films are in their original language with English subtitles.

Given the limited seating in Cinecitta’s three screening rooms, Festival patrons are urged to buy their tickets early in order to avoid disappointment.