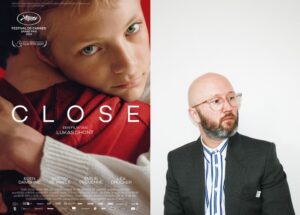 Angelo Tijssens, co-screenwriter of our Opening Film, Close, will be at the opening screening on Wednesday, Oct. 26 to introduce the film and engage in a post-screening Q&A with the audience. Close, directed by Lukas Dhont, won the prestigious Grand Prix at the Cannes Film Festival earlier this year, received a standing ovation, and garnered rave reviews from the press. Angelo also worked on Dhont’s previous film, Girl, which won the 2018 Caméra d’Or for best debut film at Cannes. We’re honoured that Angelo will be with us for our Opening Night film and festivities. Get your tickets before they sell out!