India’s submission for the Best Foreign-Language Film Academy Award in 2017, Amit V. Masurkar’s darkly comic political satire centres on Newton Kumar (Indian star Rajkummar Rao), an idealistic government clerk entrusted with a task that appears deceptively simple: conducting elections in a remote village in the jungles of central India, where there are less than 100 potential voters. But the bushes are full of Communist guerrillas engaged in armed insurrection, the security force charged with protecting Newton’s team is openly hostile, and the indigenous locals are both afraid of guerrilla reprisals for voting and totally in the dark as to who the candidates actually are. ‘Free and fair elections’ in a minefield like this will require all the moxie Newton can muster, for, as they say in the jungle, ‘The more things change, the worse they will get’.

‘The subversive genius of Amit V. Masurkar’s sophomore feature Newton is how it brings out the best and the worst of the electoral system in the form of an offbeat comedy… This smart indie is amusing all the way to its bittersweet conclusion. The professional cast is well-versed in ironic social nuance. Both exasperating and endearing in the title role, Rao again shows he is a chameleon actor whose gift for poker-faced comedy revs up the figure of a rigid young civil servant.’—Deborah Young, Hollywood Reporter 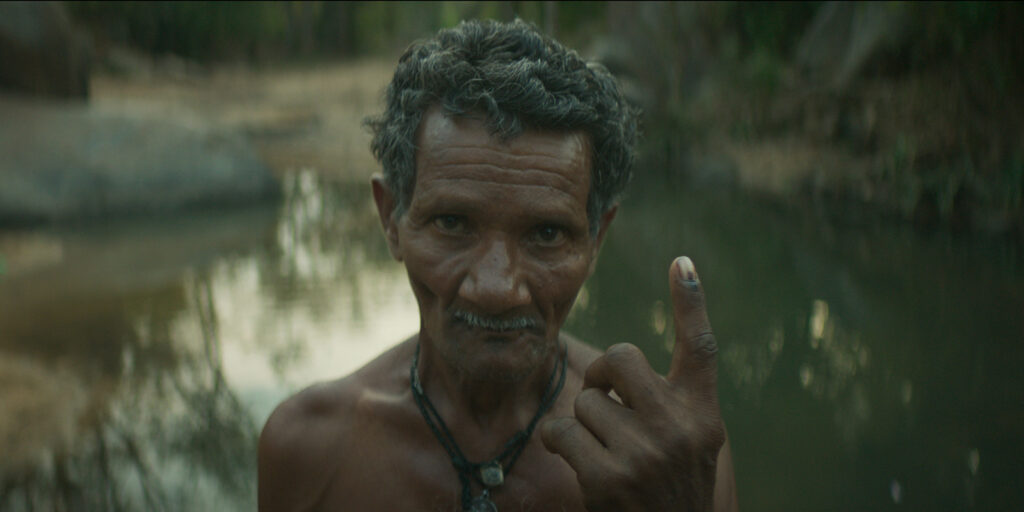